As a trained photojournalist, I have found portraiture to be both the most rewarding and most challenging aspect of photographing people.

Candid portraiture is what I love. Finding the story in movement and being able to capture it in a moment is what I was trained to do, and what I enjoy the most. While most people are uncomfortable in front of a camera, if you follow them around with a camera in hand while they’re simply doing whatever they want, they eventually forget about you, and that’s when the truly magical moments happen.

Traditional portraiture, on the other hand, has always been difficult for me. I was never trained on how to direct people into looking their best, and I rarely practiced it. I have always struggled with making that obviously relationship between photographer and subject feel organic, and it’s hard to make my subjects feel at ease when I clearly don’t.

I have more opportunities for traditional portraiture than candid these days, so I am pushing myself to find an ease and organic energy in these sessions. 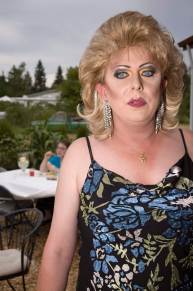 In full drag, Tonya takes a break at a private party at which she is the night’s entertainment. Before being diagnosed with HIV, Tonya was active in the gay pageantry circuit and performing as Darcelle Showbar. She has had to quit since then, as she could no longer travel the country for coronations and performances, but she still tries to stay active with pageantry by designing sets and costumes, as well as the occasional charity benefit, such as performing at the Eugene, OR, Hult Center to raise money for the HIV Alliance. (OR, 2007)

A few hours before a private performance, Tonya Rose begins the transformation from Cecil, her given name, into Tonya Rose. “I was raped as Cecil. But as Tonya, I am hidden in my mask so I can be who Cecil used to be: cheerful, outgoing and very social. In a way, the rape killed me.” (OR, 2007)

After staking out her corner in the Green Room above the ballroom, Danielle Baker gets ready for the “Barbie Girl” number. That piece was among 18 three-minute long songs that various student performers lip-synced to Saturday night in front of over 750 people. (Eugene OR, 2007)

Little Foot, of the Apaches, is related to Geronimo, the famous Apache leader 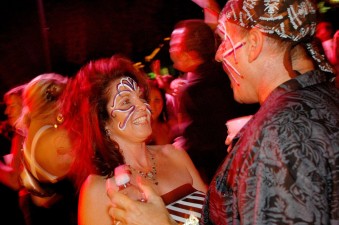 Horton Road Organics staff member Jena Botte works through rows of lettuce, “timely hoeing” the young heads, which helps prevent weeds from growing. It is one sustainable technique used at the farm in place of more traditional farming practices that rely on pesticides. (Blachly OR, 2007) Ivory Gardner, a descendent of the Nesperce Tribe in Spokane, WA 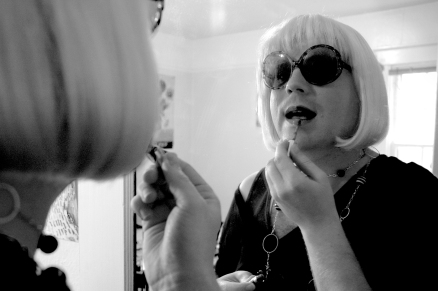 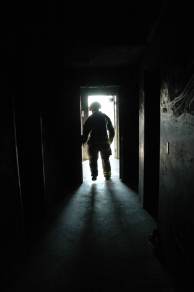 A firefighter at the Roseville Fire Training Center (Roseville CA, 2008)

Miguel Gomez inspects rows of cherry trees at Canyon View Orchards in the small town of Benton City, Wash. An immigrant from Mexico, Gomez has lived in Benton since 1985 and is one of the few employees with yearlong employment at the orchard. (Benton City WA, 2007)

With her makeup, including feathered fake eyelashes, done and her costume almost finished, Baker adjusts her blond wig in the mirror to transform into Barbie. She completed the outfit with a pink short-sleeved collared shirt, which she attached Velcro to so that McGinnis could remove it easily during the performance. (Eugene OR, 2007) 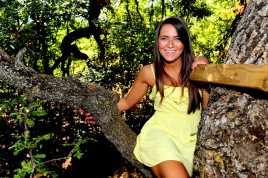 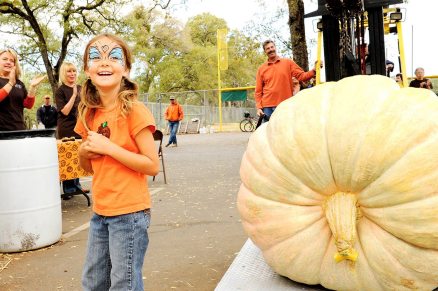 With a pumpkin weighing 1,061 pounds, seven-year-old Audry Warren wins the Open Category in the Giant Pumpkin Contest at the 12th Annual Auburn Community Festival, beating out her nearest opponent by 173 pounds and shattering the previous record. (Auburn CA, 2008)

An intern at Horton Road Organics replants young seedlings into larger holders so that they can be transported into a larger greenhouse, where they will have time to grow and mature before being planted directly into the ground. By allowing the plants to grow in greenhouses before planting them, the farm doesn’t need to rely on pesticides or other harmful synthetic substances to protect seedlings. (Blachly OR, 2007) 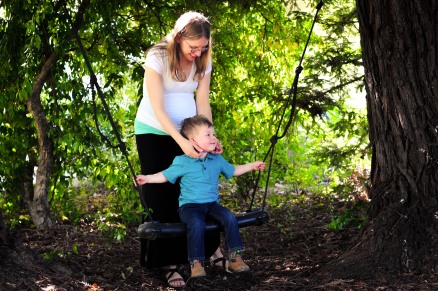 Megan Doyle, 14, left, and Aurelie Moilin, 14, eat lunch on the steps of the amphitheater at Roseville High School. The outdoor theater was donated by the class of 1931. (Roseville CA, 2008)

Wiyaka Ota, or “Many Feathers” 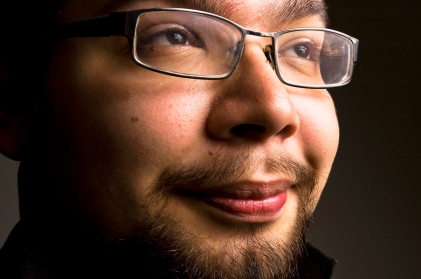 University of Oregon senior David Saed Georgieff struggles daily with the knowledge that he’ll return next fall for a fifth year of studies. “It kills me a little. I know it’s normal now, but my family never remembers, and I hate seeing them react all over again when I tell them.” The electronic media major hopes to one day work as a video editor. (Eugene OR, 2007) 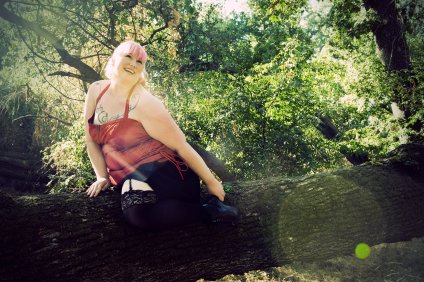 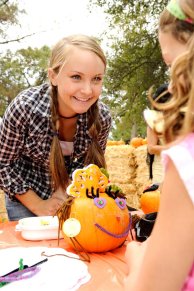 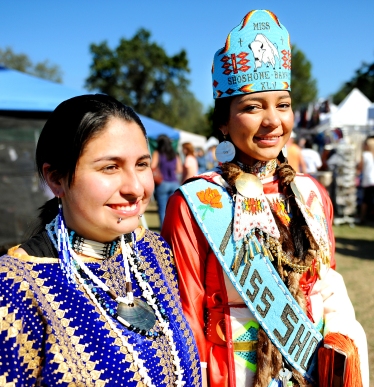 Baker zips up a black bustier over her white corset in preparation for another one of her performances. Besides choreographing and performing in “Barbie Girl,” Baker also choreographed and performed in “Boom, Boom, Boom,” and “Coin Operated Boy,” the first and second amateur acts of the night. (Eugene OR, 2007) 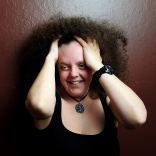 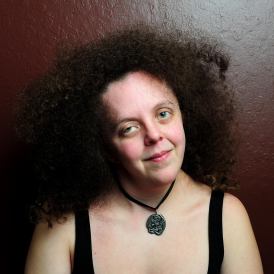 While relaxing in her room, University of Oregon senior Katie Onheiber thinks about the future. With only four more months of school left, Onheiber is still unsure of what her immediate future holds, though she’s searching for a magazine photography internship in Portland. unpaid, so I’ll “This will likely be unpaid, so I’ll temporarily live at home [in Portland, Ore.] and work hopefully my last minimum wage job,” Onheiber said. She is looking forward to the June graduation, where she’ll get to see a number of her family members, who are traveling from the East, as well as her older brother, who lives in Santa Monica. (Eugene OR, 2007) 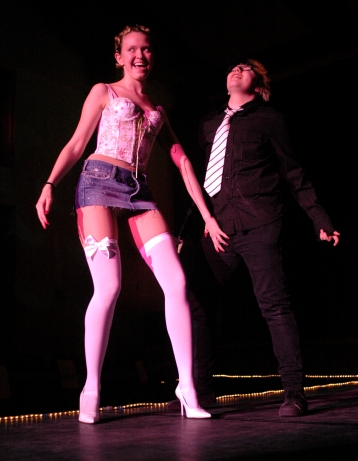 Placing her hand suggestively on McGinnis’s pants to go along with the lyrics, “Touch me there, hanky panky,” Baker struts her stuff down the catwalk after her partner tore off her shirt; shortly after, she was stripped of her skirt, too. After two weeks of flakey group members and grueling preparation, the performance finally ended, and as she walked off stage of her final drag show performance, Baker exuberantly shouted, “I’m done!” Yet, she says she’ll miss it after she graduates: “It may be stressful, but it’s still exciting and I love performing.” (Eugene or, 2007)