With Michael gone for the next year, I have the responsibility for his dog, Mitzi. She’s a great dog, but a little unsocialized, so I’ve made it my goal to take her with me to as many places as possible to help develop her into the Good Girl I know she is. I’ll occasionally be documenting these trips in a series called My Trips with Mitz.

I wrote the following piece as part of my preparation for an upcoming job interview, in which I was asked to write about my favorite place in Butte County.

On an early Saturday morning, I took an unfamiliar highway exit to the North Forebay Lake Oroville State Recreation Area for the first time, my dog Mitzi by my side. I arrived to the park ranger raising the flag and only one other car in the lot, a perfect time for exploring with an excitable dog. The rising eastern sun bathed the buttes in the distance in golden rays while I stood in dappled light beneath the trees. In this quiet moment, I finally appreciated the county’s namesake.

Mitzi and I walked around the lake at the center of the park, enjoying the silence and solitude interrupted only by occasional splashings of seabirds taking off from and landing in the water. As we walked across a bridge, I could see the whole of the park and imagined it filled with people in a few hours: The beach alive with swimmers and waders. The clink of iron against iron ringing out from the horseshoe pits. The rich aroma of multiple barbecues filling the air. The bikers and joggers and dog walkers passing each other on the trails with a smile.

Returning to my car, I knew I’d come back again, with the unfamiliar highway exit now the familiar–and a favorite. 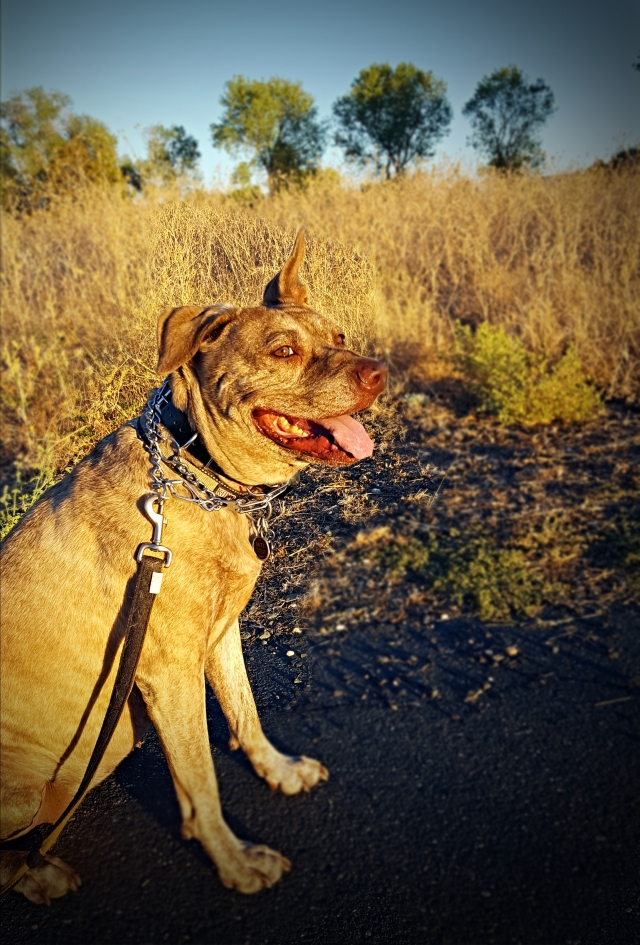 One thought on “My Trips with Mitz: Saturday Morning on Lake Oroville”